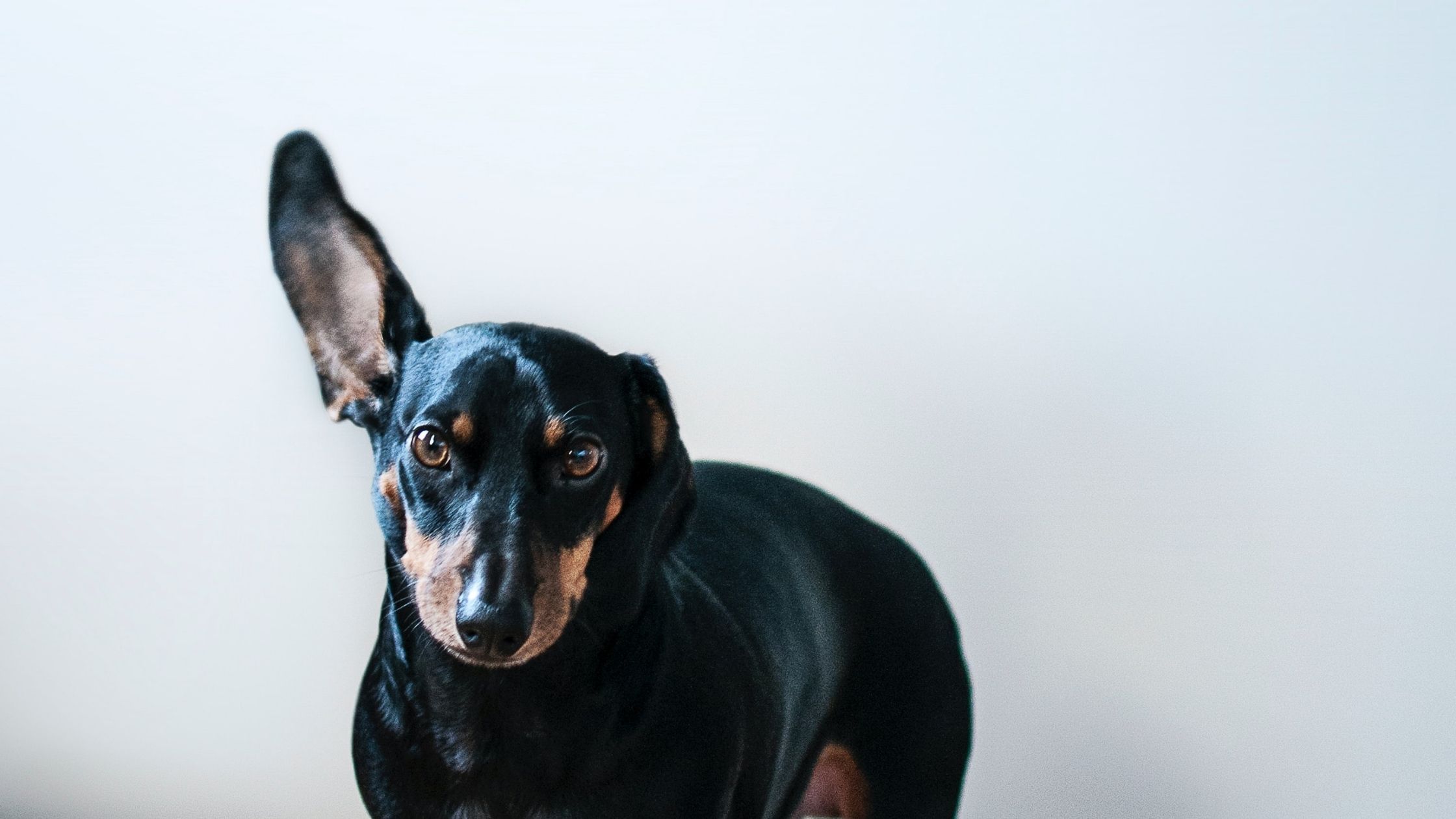 When you buy something using the retail links in this article we may earn a small commission at no cost to you. Sanfuss does not accept money for reviews or features.

A lot of us have dogs that are vocal, depending on the breed and temperament of your dog. Your first line of defense, should you wish to avoid nuisance barking is in your choice of dog. Herding and guard dog breeds love to bark, so pick your dog wisely. Our corgi, Minnie loves to bark at just about everything whether it’s someone at the door, other dogs in the neighborhood, the jingle of keys, garbage trucks, even at one point the sound of the toaster. Barking can pose a problem for you as a dog owner whether that’s peeved neighbors, interrupted zoom calls, early morning wake up calls, or just a headache. Here are some of the ways we've seen to handle nuisance barking.

The place to start is trying to remove the distraction if you can. If you notice that every time a dog walks by and your dog goes up to the window and starts barking you can try closing the blinds, or moving them to another room.

Get Their Energy Out

Our dog is particularly testy when she hasn’t had enough exercise. When she wants or needs to play she can be particularly prone to barking excessively. We've experienced that when our dog gets enough exercise she tends to bark less. This could be an effective strategy, especially if early morning barking is a problem for you, as a tired out pup tends to sleep more soundly. Playing with your dog, giving them something to do (like a kong toy or other treat puzzle), going to the dog park, or for long walks are all great ways to tire your dog out and also get some exercise in for yourself.

Another way you can handle nuisance barking and general canine anxiety is with CBD. CBD is generally considered safe for dogs, though you should be sure you trust the manufacturer. We found that CBD oil in particular applied to freeze dried treats works great. Dosage is dependent on the size/weight of your dog and most packaging has information on dosage right on it though it is usually a range and you'll have to see what kind of reaction you get. It's usually a good idea to start on the lower side and move up gradually to see what a good dosage is for your particular dog. We’ve experienced personally and heard of mixed results that vary with different brands of CBD oils and treats, and different dogs. If you go this route I would recommend trying different options to see what works for your dog, for example we tried CBD dog biscuits from one brand that didn't do anything, and an oil from another that worked great. Keep in mind that a CBD dose may only have an effect for a few hours and takes some time to kick in so this isn’t a long term or immediate solution but might be a good choice if you have company coming over or you know a stressful event will happen. I would recommend you should specifically purchase CBD for dogs. CBD for humans may in some cases contain small amounts of THC which while merely undesirable for some humans is generally toxic for dogs and to be avoided. There are many great options out there for CBD for dogs.

There are a lot of options for bark deterrents and they generally fall into three categories. The first group is the distractors. They either emit a sound (beeping or supersonic sounds) and/or vibration in an attempt to distract the dog. These come as either standalone devices that you set somewhere or collars. We’ve tried one of these beeping and vibrating collars on our dog and this used to work with our dog for a little while however it stopped working after a few days. At first she would tilt her head curiously and look around and forget about what she was barking at. However once she realized she could bark through it and nothing bad would happen and became acclimated to the beeping she no longer cared or was distracted by it. In fact the beeping reinforced her barking and made it worse, probably because she associated the beeping with being upset and barking. There are similar products that are standalone devices that emit ultrasonic sounds that only the dog can hear. However we’ve heard similar complaints that they only work for a limited period of time, usually a few days.

The next class of bark deterrents are ones that spray something at your dog, usually citronella. While these are still humane they tend to have mixed results, with some dogs completely ignoring the spray it can be worth trying. The obvious downside is that you need to resupply the thing that you're spraying.

The final class of automatic bark deterrents are shock collars, in particular automatic ones that respond to dog bark sounds. While these definitely work they are literally shocking your dog with electricity and are definitely the least humane choice on the list. They are also banned in some countries, such as the United Kingdom.

Training in general can be an effective choice for barking and is probably one of the best choices if you want long lasting behavior modification in your pet.

Negative reinforcement training is when you provide a negative consequence to your pets actions. Whether you choose a negative or positive training method (though we recommend positive), you should always be wary that training needs to be upheld continually and the punishment or rewards needs to be strongly associated with the action. This is why positive reinforcement training with a clicker is so effective as the click is immediately timed with the action. You should note that dogs don’t have a sense of guilt, and their guilty looks and pushed back ears are usually a reaction or anticipation to a punishment rather than any sense of guilt. Some people find success using a spray bottle to spray water at their dogs when they bark. This basically depends on what your dog finds a deterrent and your ability to have the deterrent at the ready, as this didn't work at all for our dog and just got her more riled up.

Positive reinforcement training is similar to negative training however rather than punishing your dog for the incorrect behavior, you’re rewarding the dog for the correct one. For example when you hear a noise that your dog would bark at and you catch them not barking for a split second you can reward that behavior, and reward the continued silence. If you do this consistently and enough, eventually the dog will begin to associate the noise and the continued action of being quiet and a reward. This can be difficult since you need to be there and ready to dish out treats or have your clicker handy. One way to control this is to create the noise or distraction yourself or with a family member or friend.

We are actually working on creating an automatic positive reinforcement training machine that will take over the training process in a more accurate and replicable way. If you’re interested in such a thing and would like to test it out feel free to drop an email to betatest@sanfuss.com and we’ll add you to our list of test candidates. We’ll be opening our general beta program more formally over the next few weeks.

Another way to use positive reinforcement training would be to teach the quiet command directly and use that to instruct the dog while they are barking to be quiet. It's generally good advice to ignore your dogs barking behavior, in case they are barking for attention, until they are quiet and then reward them for being quiet. You can then slowly lengthen the amount of time they must remain quiet. Hiring a training coach to help you with specific behaviors is always an option that can work well if you’re not sure how to handle the situation or your training methods aren't working.

Have any more suggestions for what’s worked for you? Feel free to drop them to suggestions@sanfuss.com

Want more great tips for taking the frustration out of being a dog owner? Sign up below 👇